Marvel: Tales To Astonish #66 – The Power of Doctor Banner!

Just snapped up the second last issue Steve Ditko ever did on the Tales to Astonish series. Number 66 is titled “The power of Doctor Banner!” and it hit the stands in April 1965. Featuring the Incredible Hulk – whom Ditko first drew for “The Incredible Hulk #6” – the story centers around a lost Bruce Banner whom is being hunted by the satanic commies (communists) and a large green headed, evil genius called The Leader. With all this action, explosions and death Bruce Banner gets a little angry and takes on the Jets and Tanks much to my pleasure. Here are my highlights from the issue (and a letters page) which show a more human Bruce Banner which has long been forgotten among the modern and flashy Marvel era; (click to enlarge): 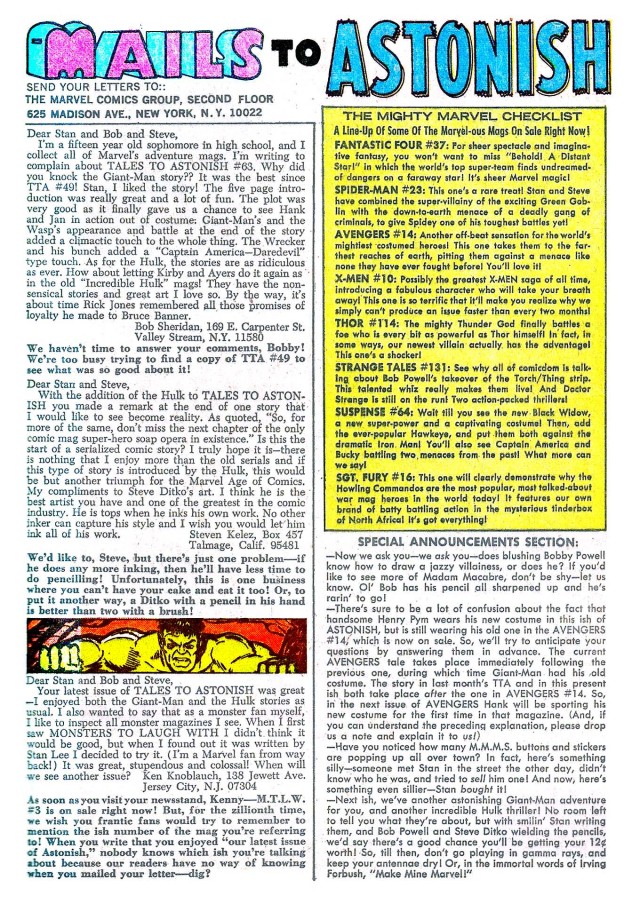